I recently finished reading The Price of Peace, Zach Carter’s biography of John Maynard Keynes. I had a basic sense of what Keynes advocated for economically (more government stimulus!), but I had no idea about how his life influenced his theories or vice versa. I mostly pictured him as an lonely academic coming up with theories in his ivory tower. I enjoyed learning that I was wrong on both of those counts. 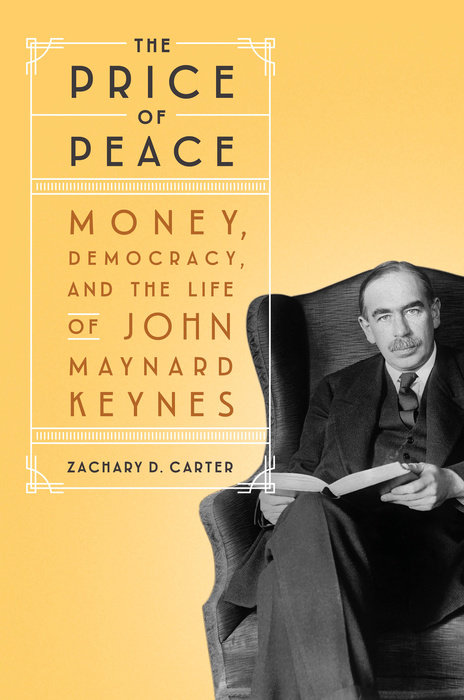 The first interesting thing this biography describes about Keynes is his choice of friends. Keynes hung out with a group of cosmopolitan sexually adventurous artists and writers which included Virginia Woolf, her sister Vanessa, and many other people with Wikipedia entries, some of whom I’m sure I would recognize if I knew anything about art or literary history. They called themselves “the Bloomsbury Set”, which sounds unbearably pretentious now and probably also did at the time. In my personal life I’m very fond of people like this, so these sections were equal parts enjoyable and frustrating to read for me.

Here are some excerpts to give you the flavor of the group:

His social engagements were typically organized around highbrow debates over aesthetics, conversations among friends who swapped lovers and opened their marriages, insisting to others in their tight community that such romantic chaos was itself an act of social progress.

But for all their sexual and intellectual fecundity, the members of this whirlwind collective had accomplished very little as they approached middle age. One of Maynard’s closest friends, Virginia Woolf, fancied herself a writer but had never published a book.

“I have always suffered and I suppose I always will from a most unalterable obsession that I am so physically repulsive that I’ve no business to hurl my body on anyone else’s,” Keynes wrote. It was a common sentiment among the group; Virginia Woolf once noted the lack of “physical splendour” and even “shabbiness” among the Apostles, one of whom she eventually married. But Keynes always knew the Apostles admired his intellect, and that awareness emboldened his sexual confidence.

The war exploded everything. The parties, the ideas, the code of ethics were revealed to be, in Virginia’s words, so much “lustre and illusion.” In all their conversations about sex and truth, Bloomsbury had never really confronted questions of power, violence, or imperialism. “How could we be interested in such matters,” Vanessa wrote, “when beauty was springing up under one’s feet so vividly?”

Keynes stuck out in this group because he was an academic and a government functionary, not an artist. There is one funny story about how he tries to win back the favor of the group after engaging in the decidedly un-artistic work of negotiating settlements between the US and England during World War I. Because his duties took him close to the front in Paris, Keynes was close at hand when Degas passed away and his studio auctioned off a number of paintings. Keynes was able to persuade the Treasury to bankroll his purchase of several paintings, including a still life by Cezanne. I’ll let Virginia Woolf fill in the Bloomsbury reaction here:

“Roger very nearly lost his senses,” Virginia wrote. “I’ve never seen such a sight of intoxication. He was like a bee on a sunflower.”

Carter draws a line from Bloomsbury to Keynes’s larger political and economic philosophy. Bloomsbury represented “the good life”, the purpose of human civilization and progress. Militarism and war were threats to this good life. A well-ordered economy would prevent those threats from growing.

Two more anecedotes about Keynes’s personal life: he was friends with the Viennese philosopher Wittgenstein, who was studying at Cambridge before World War I but returned home to fight for the Central Powers. During the war they corresponded across battle lines to discuss Bertrand Russell’s work on logic and Keynes’s on probability. It always surprises me how tightly clustered some of these influential people are.

Keynes also married a Russian ballerina named Lydia early on in his career, despite mostly being interested in men up to that point. She writes him a number of enthusiastic letters about how famous and influential he is becoming. Bloomsbury was predictably snotty about this relationship. Here is Virginia one last time:

“Lydia came over here the other day and said ‘Please Leonard tell me about Mr Ramsay Macdonald. I am seerious—very serious.’ However then she caught a frog and put it in an apple tree; and that’s whats so enchanting about her; but can one go through life catching frogs? … I assure you it’s tragic to see her sitting down to King Lear. Nobody can take her seriously: every nice young man kisses her. Then she flies into a rage and says she is like Vanessa, like Virginia, like Alix Sargent Florence, or Ka Cox—a seerious wooman.”

That’s not very nice of you, Virginia.

I also had no idea how involved Keynes was in the events of his day. As I said earlier, I assumed he was an academic who was mainly influential through his theories. Quite to the contrary though, he had governmental positions where he worked on issues as varied as: bank runs on gold-backed notes, the Treaty of Versailles and German reparations, advice to FDR on ending the Great Depression, and negotiations on the formation of the World Bank and the International Monetary Fund at Bretton Woods after the end of World War II.

I think Carter’s bias bleeds through in these descriptions and it’s hard for me to evaluate the exact truth behind his narrative. In many of these scenarios, Carter presents Keynes as influential but ultimately overruled by other stakeholders, later to be proven correct by later events. Of course this counterfactual is difficult to really evaluate. I’ll go through them in order briefly, giving only the view as presented in the book.

During the bank runs, both foreign and domestic holders of British notes lost confidence in the banks, and tried to redeem the notes for gold. Domestic bankers advocated for England to keep its gold at home to shore up the banks. Keynes pushed for the opposite: foreigners should be paid in full in gold, and domestic holders given a new paper currency. Keynes won out in this debate, Britain’s foreign credit and reputation was left intact, and the banks were stabilized. Keynes broke the illusion of the market as all-knowing and self-balancing. Instead bankers were shown to be panicky and only looking out for themselves.

On the German reparations post-WWI, Keynes thought there was no way the Germans would be willing to live up to the terms imposed on them and despaired about the punitive treaty. He writes:

“The existence of the great war debts is a menace to financial stability everywhere. There is no European country in which [debt] repudiation may not soon become an important political issue. Will the discontented peoples of Europe be willing for a generation to come to so order their lives that an appreciable part of their daily produce may be available to meet a foreign payment? I do not believe that any of these tributes will continue to be paid.”

Of course, history proved him right on this point.

Keynes wrote his magnum opus, “The General Theory of Employment”, during the Great Depression, arguing that the economy was mainly driven by demand and not by supply, and thus the government could induce a recovery by spending more on infrastructure. He corresponded with FDR but it’s unclear how much influence he really had. Regardless, mainstream belief is that government spending really did break the Great Depression, proving Keynes right yet again.

One funny aside here that Carter makes here: “The General Theory of Employment” is esoteric enough that many economists have made their careers by purporting to explain it, including several schisms in pro-Keynesian schools.

Finally, Keynes was dispatched to Bretton Woods after World War II to negotiate the structure of international financial governance after the war. His vision was to produce a strong governing agency that would prevent any country from running up either trade surpluses or deficits above a certain size. In his view, countries exporting more than they imported were actually acting selfishly and harming the economies of their partners. They were preying on the countries running deficits by sucking up an extra share of demand. (Remember, in his view, demand is what is important for modern economies, not supply). However, he was overruled by the more conservative American vision, which instead created the modern World Bank and IMF.

I thought that this analysis of global trade was particularly interesting given the recent negotiations between debtors like Greece and creditors like Germany. It sounds like Keynes would disagree with the moralistic view of Greece as “consuming more than they deserved.” Instead he might say that their local economy was starved of demand and would advocate for policies leading to more balanced local production and consumption, perhaps even including some tariffs and protectionism.

The book concluded with several chapters on how Keynes’s theory was interpreted and how it ultimately fell out of favor in America due to anti-socialist sentiment during the Cold War. I mostly skipped these parts, although it was interesting to learn that Hayek (pro-austerity, anti-intervention) was a friendly colleague to Keynes but substantially less influential during their lifetimes.

I enjoyed reading the Price of Peace. I found the narrative very agreeable, in both of the parts that I’ve highlighed – Bloomsbury because I found them very recognizable in my social groups, and Keynes’s economic work because I admire practitioners (vs theoreticians) and because I tend to agree with his views. I did feel a little suspcious of how smoothly everything lined up, but I suppose that sanding down the edges and crafting a neat narrative is part of creating any biography.