Think about the last time you tried to get eight people to do the same thing. Now imagine that four of them are on drugs, two have to use the bathroom, you’re all in a crowded arena filled with a hundred thousand (100,000) other people, and none of your cell phones work.

Welcome to group coordination at raves. 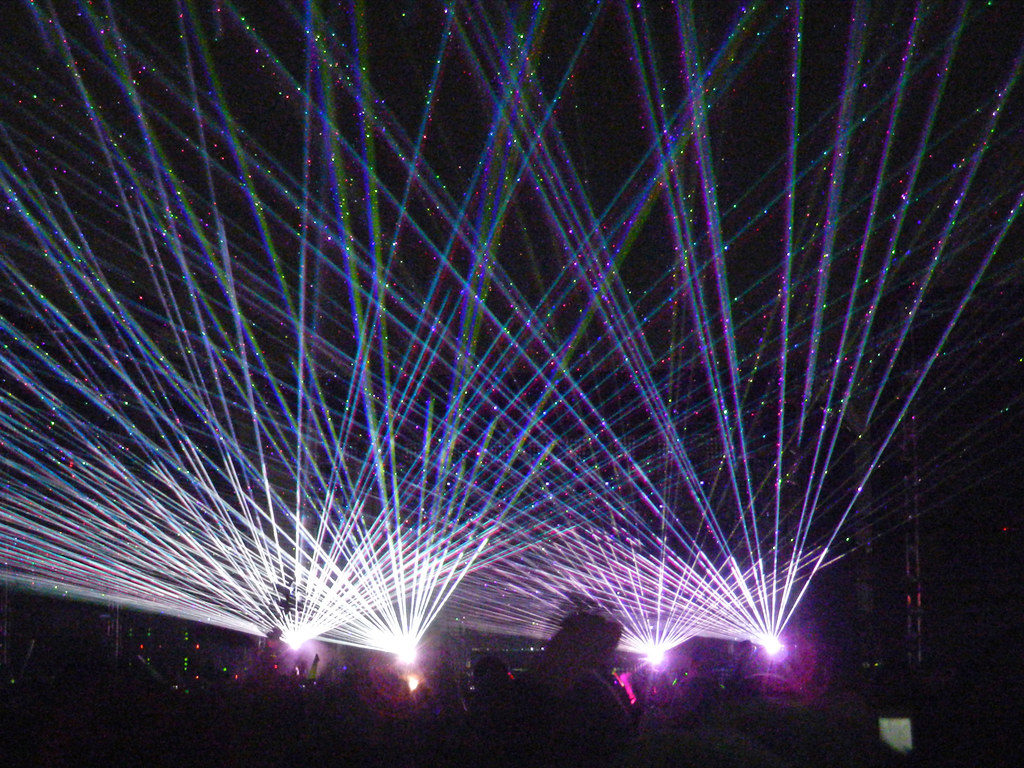 I exaggerated slightly. It’s far too loud to hold a phone conversation, but you can infrequently send and receive text messages. However, the network is overwhelmed by the hundred thousand other people who are also texting their friends, so your messages will be delayed by ten to thirty minutes and might fail outright.

Here are some common scenarios you might find unexpectedly difficult to solve.

A normal person in one of these situations might send a text like, “I’m near the Circuit stage, want to meet up?”

That message would be a complete failure. One of your friends might see the message 30 minutes later, and at that point they will have no idea if you are still there or even precisely when you sent the text. They could text back to confirm, but then you will face the same issues when you get their message.

The important components here are a timestamp, a rendezvous time far enough in the future that your message will likely be read, and a plan that you can unilaterally commit to.

When your friend gets this message, they will have much more information to work with. If it’s past 2:10 when they see it, they will know not to bother. If they get the message in time, they can begin heading to the spot without waiting for more round-trip texts. Also, they will know how much they want to join your group. For some people, that answer will depend on who else is with you, and also on how much fun they are having at that exact moment.

Let’s take another look at scenario 3. You’re sitting under a large daisy sculpture, wondering if your lost friend is going to show up at all or whether you already missed them. You’re getting cold and feeling impatient to get back to the lights and music. How long should you wait there? How long should you have asked your friend to wait?

Of course the immediate answer is that you should wait as long as you committed to waiting. A surprising number of people won’t do this, and it’s always disappointing to see. But how long should you commit to waiting in the first place?

When I first started going to raves, I often committed to 10 minutes and waited for up to 20. It seemed like a classic (iterated) prisoner’s dilemma, and I’d always want to cooperate with my friends and seek the greater good of the group. I thought that people who weren’t making the effort were being selfish and short-sighted. There’s really nothing worse than being alone at one of these events if you don’t know anyone else – something about the whole experience brings out this deep need for connecting with other humans at the same time that it makes it very difficult to even stay in proximity with them.

Over the years, I’ve changed my mind on this. Different people want different things – some just want the lights and music, some want to be part of something bigger, and some have one or two friends that they really care about and are indifferent to the larger group. If you make them commit 20 minutes of their night to the cohesiveness of a group they just don’t care that much about, you’re setting yourself up for disappointment.

There are also these little perfect moments where the lights are just right, you’re feeling the beat in your chest and in your feet and in the eyes of the strangers around you and the DJ on the stage, and these fleeting moments are impossible to predict. If I knew that one of my friends was having that perfect moment, I wouldn’t want to drag them away from it. I value people who keep their commitments, but I also want to build in the flexibility to enjoy the magic when it happens.

My updated answer is that you should pick one or two buddies that you absolutely commit to sticking with. If they go to the bathroom, you go with them or else you stay rooted to the spot where they left you for an hour if you have to. For the rest of the group, set some meetup times at the beginning of the night, give it five minutes or ten at the most, and make it explicit that people can bail if they want to.

Be honest with yourself about whether anyone in the group wants to be that buddy for you. If not, you’ll have to make some compromises or be ready to go it alone. I’ve sometimes paid for friends’ tickets if they were on the fence, just to have someone reliable on hand.

Coordination is hard at the best of times, and breakdown is inevitable at events like these. I once took a taxi 40 minutes out into the desert at 6 AM to rescue friends who had skipped out on their planned ride back and gotten stranded at the racetrack, only to discover that they also skipped out on me. (Still love you guys!)

Everyone is out there seeking their own bliss, that elusive perfect trick of light and sound and drugs too if we’re being honest, and no two people ever want or get exactly the same night. Good intentions and promises often aren’t enough when the lasers flash, the beat drops, the roll peaks. Sometimes it’s all too enticing and it’s just too easy to get separated in the night and the massive pressing crowd.

But there are other perfect moments that I remember too, when people do follow through on their promises and come through for their friends. They miss out on their favorite DJs to take care of people who need them, wrestle themselves down from serotonin highs long enough to reunite for the one set we promised we’d do together. What makes those moments possible? Sometimes it’s the strength of friendships, sometimes it’s dumb luck. Sometimes, I think, it’s the grace and synchronicity and unity of all things, the hidden oneness that pulses underneath and alongside, always.

And sometimes, it’s because you sent the right text.