A few illustrations of the fragmented self. 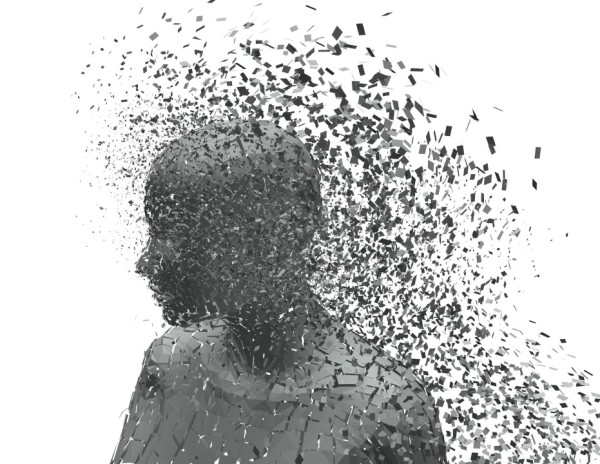 Most of my enjoyment of a bag of chips comes in the first few bites, and most of the regret comes in the last few. So the obvious thing to do is to open the bag, take a few bites, then close it back up.

When I start to think about doing this, something weird happens. I move the bag closer to my face, my hands pluck out the chips more rapidly, and I actually speed up my eating for a few seconds before I’m able to overcome this impulse and close the bag. It’s as though there’s a part of myself that knows the treats are about to disappear, objects vehemently, and begins to fight back.

The abstract of a Nature Neuroscience paper (Soon, 2008):

There has been a long controversy as to whether subjectively 'free' decisions are determined by brain activity ahead of time. We found that the outcome of a decision can be encoded in brain activity of prefrontal and parietal cortex up to 10 seconds before it enters awareness.

St. Paul, much earlier and rather more dramatically:

And finally, an AskReddit post titled: “If your future self was trying to murder you, would you resist?”

“I'd fight like hell,” says user rhedrum. “I'm constantly sticking it to future self anyway, why would I take any of his shit if he came to kill me. On the other hand, I would take past self out if I had the chance to go back in time. He has done nothing but screw me over and its about time he paid for it.”

Whether you find these examples funny, frightening, or just a bit weird, you can probably see the common thread that runs through them. Your self is not a coherent whole, pursuing a set of goals continuously throughout time. You fight yourself, forget yourself, change without warning.

But what’s the alternative? It seems so useful to think of selves and people and personalities. How do you even make sense of the world if you don’t exist? The Buddhists say that the self is an illusion, but it’s hard to imagine what you ought to see in its place.

So I’d like to propose a different position. The self is not an illusion, but a leaky abstraction.

what is an abstraction?

Imagine a simple four-function calculator. Cheap plastic, about 15 buttons on the front. You press 1 + 3 =. What do you expect to see? How do you make that prediction?

Perhaps you pictured some little black cells on a pale green backdrop, four in total making the shape of a rudimentary 4. To get there, you did some arithmetic. The whole thing took you less than a second.

Someone with a detail-oriented view of the world and an obsession with electronics could take quite a bit longer. They might think, when I press the 1 key that compresses a rubber membrane and causes a bit of copper to fall into place to complete a printed circuit. This changes the voltage running to one port on the processor, which has a series of logic gates and capacitors that work to store inputs and simulate arithmetic. And a similarly complicated process translates the processor signals back into the liquid crystal display.

You could drill down even further. Electrons move through the copper wires in nondeterministic ways, which are described by certain patterns in quantum mechanical equations…

This is the wrong level of abstraction to answer the question. Missing the forest for the trees, as the saying goes. But it depends! If someone asks you the height of the tallest tree, you have to pop back down a level to see the trees again.

When I ask what you see when you input 1 + 3 into a calculator, the right abstraction for the calculator is something like “this thing does arithmetic, then displays the result on a little green screen.”

So an abstraction is a mental shortcut, an ellison of unnecessary details which helps you reason about the world more effectively.

what is a leaky abstraction?

Suppose you input 1 + 3 =, and the screen shows you a 1. Suddenly you realize that there’s some flaw in your idea that this thing does arithmetic and shows you the right answer. How do you figure out what’s going wrong?

Perhaps the + or 3 buttons are broken. Or maybe it’s low on batteries and that’s causing some kind of problem. Maybe part of the display is broken, so the extra cells that are required to display the 4 aren’t showing up, even though it’s doing the math correctly.

A little part of you wonders, what does it even mean for a calculator to do math? How does that work, anyways?

This is called a leaky abstraction. One of the details beneath the surface, something you abstracted away, is popping its little head back up again. Your model was so useful before, but now you have to remember that there were layers underneath it.

the self is a leaky abstraction

At the beginning of this post, I poked some holes in the idea of the self. The self is fragmented, not unified. Mutable, not constant. There’s plenty of holes there, enough for serious edge cases to slip by. Is it fair to punish people for what they do when they are “not themselves”, overcome by rage or drunkenness or mental degeneration? Should we continue to hold a reformed adult responsible for something that a child did decades ago, just because they share the same body and memories?

What good is this abstraction doing, anyways? Isn’t the self an illusion, a construct dividing the islands of our universal consciousness? Just a piece of wool pulled over our eyes by an evil demiurge?

I don’t think so. The self is an abstraction, but a useful one. I have memories of the things that past-self did, both good and bad. I can learn from the actions of my past selves in a much more visceral way than I can learn from the stories of other people. Future rewards and punishments can shape my present behavior. I’m not completely the same every day, but I stay similar enough to be comprehensible to other people and even loved and trusted by some.

Different pieces of me want different things, but they can work together towards mutual satisfaction. The point of putting away the bag of chips is not to deprive my inner glutton, but to give it more enjoyment given the same costs, and to balance the needs of the glutton-fragment with the other self-shards that want to look good and feel good.

We should try to see the abstraction of self for what it is: a useful tool. Sometimes I need to look beneath the surface, to see why I am at war with myself. At those times I think it’s better to see myself as an abstraction on top of disagreeing fragments, not as a soul possessed by unreasoning sin. Sometimes I need to abstract above myself – not just a self, but part of a group that cares about all of its members.

The self can be an abstraction that helps us guide the pieces that make up the whole. Fragmented, but not shattered. Leaky, but still holding together.