(This post is about my day job, written at my own discretion. All opinions are my own only.)

About twenty years ago, my father had his life saved by a bowel movement and a bad guess. He noticed some blood in the toilet and thought that it might be a sign of something worse, so he made an appointment to see his doctor. On examination, it turned out that the blood came from an ordinary hemorrhoid, the kind most adults get from time to time. Blood in the stool is common enough that absent other risk factors, a doctor will usually just tell the patient to ignore it.

On his way out the door, my father’s primary care doctor mentioned that they could refer him out for a colonoscopy if he really wanted, even though it wasn’t necessary. But my dad went for it, and during the procedure the gastrointestinal (GI) specialist found an unrelated cancerous polyp. Because the cancer was found so early, my father’s treatment was short and successful, instead of the 15% survival rate he would’ve faced had it been caught later. All because of a lucky hemorrhoid. 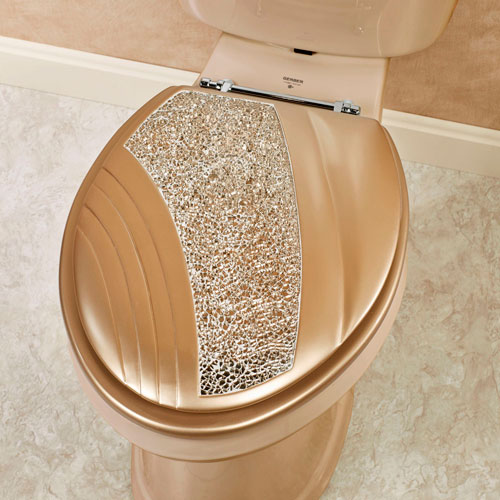 How can we systematize this early screening and reduce America’s dependence on well-timed hemorrhoids? First, you’d want to gather some statistics and do a cost-benefit analysis based on who is most at risk, with enough years of life remaining to benefit from early intervention.

It turns out that the optimal policy is that adults from 50-75 years of age should get a colonoscopy every ten years. But armed with that knowledge, we find that we’ve only barely scratched the surface of the problem.

Now we face the challenge of rolling this policy out to the 93 million Americans who meet the criteria for this screening. They are cared for by roughly 70,000 primary care physicians, who belong to a truly bewildering variety of hospital systems, insurance networks, and independent medical practices. There is no reporting chain that includes all of these doctors, and therefore no one in charge to give the order.

Perhaps the closest person we will find is Seema Verma, the administrator of the Centers for Medicare and Medicaid Services (CMS), confirmed by the US Senate in 2017. None of these doctors report to anyone who reports to her, but she does set the policies and reimbursement plans for Medicare. Medicare is the federal healthcare insurance program covering 65-and-older Americans, which means that Medicare pays the institutions that pay these doctors.

Suppose you have the ear of Ms. Verma. What would you suggest?

CMS could run some PSAs on the benefits of colonoscopies, but the track record for governmental public health campaigns is not encouraging. A scope up the butt every ten years is a lot to push for in a 30-second TV spot. People trust their personal doctors, not talking heads on the airwaves.

Perhaps Ms. Verma should tell doctors to push their patients to get colonoscopies. But remember: none of these docs report to the CMS administrator. Medicare signs the checks that their practices cash, but those checks are written out for specific procedures that the doctors are billing for, not for following top-down orders. Plus, the primary care physicians (PCPs) that have longterm relationships with these patients are not the GI docs who perform and get paid for the colonoscopies. Get a colonoscopy, and your PCP doesn’t see a dime of that reimbursement. Skip the colonoscopy, and it’s the cancer surgeon, anesthesiologist, and hospital night-shift nurses that are getting paid instead when you need life-saving surgery ten years later.

Why this emphasis on money, anyways? After all, patient health is the goal and money should be a distant second. I think that is certainly true for the doctors I know, who are intrinsically motivated to keep their patients healthy and well. That’s why many of them became doctors, and most will go above and beyond for their patients without a second thought.

Still, on the margin, the external incentives do matter. A primary care practice is in many regards a small business, with rent and employees to pay and a very limited number of hours in the day. There is always more work to do, and a directive from a far-off federal administrator is not likely to get a lot of attention if it isn’t associated with any concrete up- or downsides. The closer we can align the practice’s financial incentives with their altruistic ones, the better off everyone will be.

One of the biggest misalignments in our system is the “fee for service” model. This means that practices are paid per procedure they perform. An annual care visit is $100. A colonoscopy is $3,000. Colon surgery costs $30,000, plus a few thousand dollars per night in the hospital. (Prices are approximate, split between patient and insurer, and vary wildly – a topic for another time.)

This means that healthcare clinics are paid more when a patient has more procedures. Completely different medical practices would be performing and charging for an annual care visit, a colonoscopy, or a cancer operation. This usually isn’t any kind of direct payment to the doctor, but you can be sure that some hospital administrator is keeping an eye on how these high-reimbursement procedures are growing year-over-year and what is driving their growth.

Various attempts to fix this misalignment have been underway for more than a decade, under the general umbrella of “value-based care”. Value-based care broadly means that a healthcare system should be rewarded for keeping its patients healthy, not for the number and complexity of procedures its patients get. Value-based care is something that Ms. Verma and her predecessors care about a lot. It’s probably the only way to keep Medicare from collapsing under its growing costs (to say nothing of expanding it to the whole population).

Two of the biggest levers in value-based care today are Medicare Advantage (MA) plans and Accountable Care Organizations (ACOs). A Medicare Advantage plan is an insurance plan offered by a private insurer like United Healthcare or Aetna, run for the benefit of Medicare-eligible patients and paid for by CMS. About a third of Medicare-eligible patients choose MA plans for a variety of different reasons including network coverage, pharmacy plans, or lower costs. CMS compensates these plans a baseline of $10,000 per patient insured per year, more for sicker patients.

This arrangement has some very attractive features from a value-based standpoint and for our nascent pro-colonoscopy campaign. The insurer receives a fixed amount that does not change based on how many medical procedures a patient receives. A patient will hopefully stick with this plan for many years, so preventative care this year means a healthier patient next year and fewer expensive procedures in the future.

An ACO is a similar value-based approach for a group of doctors instead of for an insurance plan. Same deal here: healthier patients and more preventative care equals better business for an ACO, again paid by CMS.

A final important feature of these organizations is that CMS cuts their checks and dictates their terms directly. Did we say $10,000 per patient? We can do a bit better than that, if your MA plan hits a certain target percentage of patients getting those colonoscopies. And if they fall below a certain lower threshold? Well… those were some nice reimbursements that we paid out last year. It’d be a shame if anything happened to them this year.

So here is a corner of the medical system that seems likely to respond to our colonoscopy cheerleading. In the real world, the folks at CMS got here way ahead of us, and are already offering big bonuses to ACOs and MA plans for meeting their targets for colorectal cancer screenings. So what’s left to do?

The devil still lies in the details. Sure, a doctor belongs to an ACO, which theoretically gets paid more by CMS if more patients get screened for colorectal cancer. But that’s assessed once a year, across the whole ACO, which is a collective of hundreds of doctors. So if you do your part but the other docs don’t, no one is seeing any of those extra value-based rewards. And even if everyone hits the threshold, the checks don’t arrive until the next year. Even when the checks arrive, they probably aren’t going to the assistants who are actually calling patients for screenings. Not a very effective feedback loop for motivating behaviorial change.

For a Medicare Advantage plan, the problem is even worse. The relationship between doctors and insurers can be strained sometimes, when claims are rejected and requests for data are ignored. If I’m a doctor, why should I care if your insurance plan is hitting their screening goals for the year? This patient came in with a sore throat and I have to remember to talk to him about getting his butt probed by a different specialist at a different practice? I don’t even get to bill for that!

We’ve finally arrived at the last missing link, the piece that we’ve been working on for the last three years. Recap: CMS is the ultimate bag-holder, the organization charged with keeping all of its patients healthy and the one that gets hit with massive bills if they get sick. CMS is willing to pay extra to risk-sharing ACOs and MA plans if their patients get screenings for early treatment. The last step is to get those incentives to the doctors and medical assistants who can actually talk to patients about the screenings.

So that’s what we are working on now. We have software that identifies eligible patients, and actually pays doctors and medical assistants upfront for making sure that these screenings get done. That software is provided free to the medical providers, and all of it is paid for by the ACOs and MA plans that are eager to spend some money today to make sure their patients are hitting those screening thresholds this year. We do this for colorectal cancer screenings and about a dozen other measures around preventative healthcare and medication adherence. (Our biggest win recently has been helping quarantined patients get their prescription meds through the mail.)

It’s worth drilling into the costs again. For a patient, colorectal cancer surgery is a painful procedure with a long and uncertain recovery. For CMS, it’s $30,000 and a sicker patient to insure in the future. For the ACOs and MA plans, it’s a mark against their orgs and lower reimbursements from CMS.

But if we can convince an overworked medical assistant to stay an extra five minutes to call and convince their patient to go get that early screening, all of that can be avoided. It’s a huge win for everyone if we can pay that assistant an extra $20 to make sure that gets done, especially if we have the software in place to make sure exactly the right patients are getting that call.

Value-based healthcare is all about finding the tiny moments that make the difference. It’s not always glamorous. No CPR on flatlining patients, no flashes of diagnostic genius or heroic last-minute surgeries. It’s routine things like checking glucose levels and making sure patients are getting their prescriptions filled and their screenings on time, keeping them healthy instead of pulling them back from the brink. Our doctors and medical staff do that better when our software makes it easier and more rewarding to do.

My dad had a lucky hemorrhoid that saved his life. We can make sure that no one else has to count on that. If you’d like to work towards that with me, please get in touch!